In collaboration with Thomas Charveriat
(2003)

The idea of icons is one that particularly interests me. For a long time I wanted to work with the Statue of Liberty because it’s such a provacative image, meaning there is for a lot of people a very large gap in what it supposedly represents and and the evolving nature of America in the eyes of the world. “The Last Supper” is a contemporary take on the age old Christian iconic image of the last supper of Jesus-Christ involving the controversial icon of the Statue of Liberty.

This version though takes more of it’s inspiration from Buñuel’s 1961 film “Viridiana”. The dinner in this case joins an unlikely cast of characters invited primarily for their roles in the erosion of civil liberties, whether it be through outright political or military demagoguery, or cultural, or economic imperialism.

The five people involved in the project will be filmed as the twelve guests and shown gorging on what is already the body in repose of Miss Liberty.

This installation is a reflection of the precarious state of post-September 11 civil liberties and how world wide events have created an environment where increasingly conservative governments place more restrictions on their civilian populations. 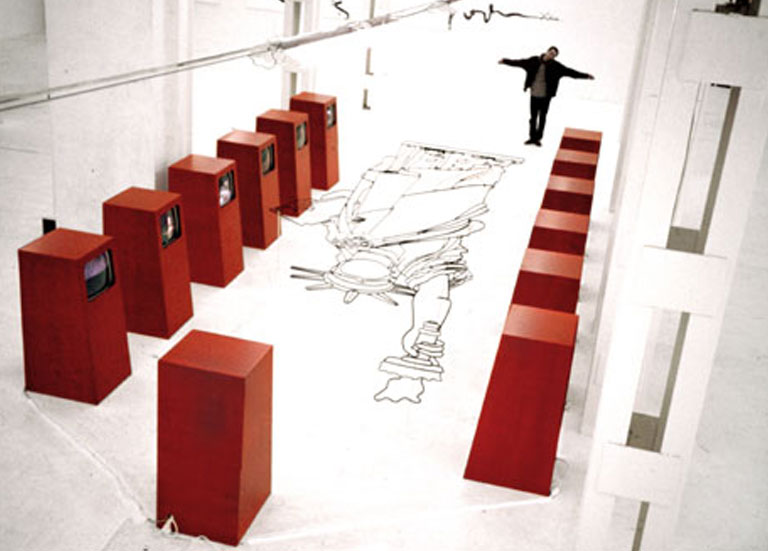